Our Dracula Reserve in northwest Ecuador has been the source of many orchid discoveries lately, so many in fact that I am rather far behind in reporting them here.  This is the newest discovery, just published yesterday by M. Jimenez, L. Baquero, M. Wilson, and G. Iturralde in the journal Lankesteriana. It is a bright yellow Pleurothallis which was first found by Luis Baquero and Gabriel Iturralde, and later found by Javier Robayo (EcoMinga’s executive director), Hector Yela (our reserve guard) and Andreas Kay (photographer and author of the web page Ecuador Megadiverso) in 2013 in what is now the Cerro Oscuro unit of our Dracula Reserve. The first scientific collection was made in 2016 by Luis Baquero, one of the architects of our reserve design. He found it near what is now the Cerro Colorado unit of the Dracula Reserve, and again on Cerro Oscuro. It was also recognized in a photograph taken near the La Planada reserve in nearby Colombia. The authors named it after the small town of Chical, the nearest community, so that community members might feel some pride in the biodiversity of the magnificent forests which still survive there. 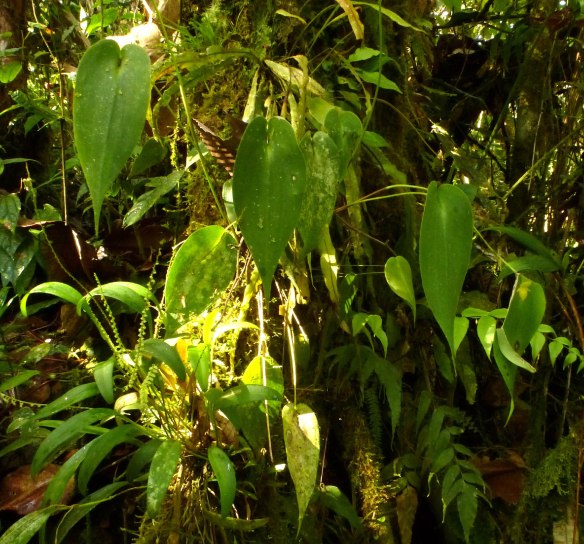